Book Review Editor’s Note: Andrew Tonkovich is a compadre of mine in the small world of writers and readers in Orange County, California. He reads with subtlety and depth, and appreciates a wide variety of styles. He wanted to draw attention to some shorter works of fiction, and wrote these appreciations of three recent short novels.                   Stephanie Brown

I love that joke, and find it helpful just now by way of lauding three recent novels, short ones, which challenge the existential and the formal and sort of fudge that line between novel and novella while they’re at it, all without readers perhaps noticing until they are done, and wanting more.  Not more book, no, since these small novels are perfect at what they accomplish so economically, but more voice, more writing, maybe a second novel, just like this one, a little Bigger.

All three do so much, with less.  They don’t call attention to their ambitions but soon enough their structure or conceit so informs the reading experience that while being powerfully invisible, they become powerfully vital.  Reading feels something like trying to notice yourself breathe, and then forgetting to notice.

In classic short novels from Metamorphosis, The Great Gatsby, Play it as it Lays to perhaps less well-known books as Jeanette Winterson’s Oranges are Not the Only Fruit and Peter Handke’s Absence and Across, promise and premise are obviously --- elegantly, urgently --- more apparent than in longer books.  Sometimes because of the author’s intense voice or the singularity of a unique, compelling memoir.  But often because the short book, so purposely determined --- perhaps self-determined --- exploits or invents a form.  Jonathan Miles’s Dear American Airlines is, yes, epistolary.  Stanley Crawford is a master of this, having written books that are, alternately, ship’s log, letter to grandkids, and domestic advice manual.  You can likely think of more small novels which support my modest thesis.  Meanwhile, here’s my short (!) list. 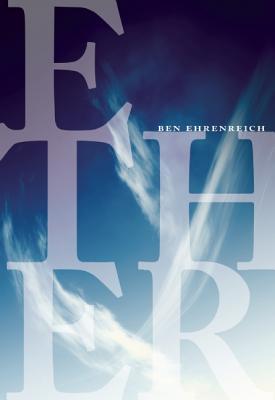 Experimental is, along with avant-garde, a potentially pigeonholing and off-putting label.  Happily, this book pigeonholes and buttonholes at the same time.  I like pigeons and don’t mind taking a risk on what might at first seem a difficult novel especially when the project so matches place and perspective, when the precision of the writing, its economy, so insists itself onto me.  Perhaps it is wild imagination, especially of surreal and fabulist writing as this, that best embodies the short form.  Now I realize I should have mentioned Slaughterhouse-Five.

Ether presents a collection of characters assembled in a dreamy parable, narrated by an alternately judicious, troubled, stubborn, mean yet authoritative narrator.  A talking cockatiel asks its existential questions:  “Think you’re much?  Know you’re living?” A post-apocalypse urban nightmare city features cameras watching what seems a world of both homeless survivors and you and me, letting them.  That’s the putative setting for exploring the journey of a shamed god figure, with wordplay and self-consciousness to remind us that we are reading.  The novel constructs setting and image out of archetype, but with precise and elegant prose describing in harsh and beautiful detail that place where dream and reality coexist.  Characters include the narrator, who doles out fate and faith, the bagman, the stranger, the angel Gabriel, a lawyer perhaps a former angel, a little boy who finds a magic portal, a preacher, teenage girls, an the ur-woman who is a deaf mute, violent skinhead boys who cannot hear what is spoken, and a stray dog.  This is a puzzling novel, in the sense of its structure being, finally, an actual puzzle.  And because it is in that sense a game, it is short, allowing us to figure it out, to understand its worldview of complication, emotion and big ideas, about belief and existence. 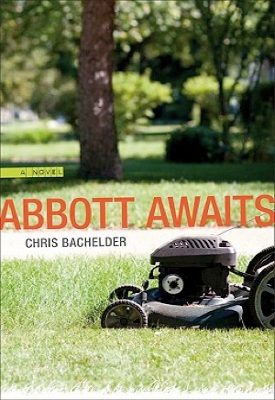 Bachelder is author of two earlier and bigger books, satires, what he has called “circus” novels, funny send-ups with politics and philosophy and lots of history and social commentary.  His first, Bear v. Shark, runs wildly with the popular parlor game about which animal would win in a fight.  Pack up the family and let’s go see the spectacle!  His second, U.S., imagines crusading muckraker novelist Upton Sinclair back from the dead, hoping to inspire radical social change.  The still-angry, decrepit old activist is not exactly welcomed.  No, he’s assassinated at the end of each chapter, returning in the next to give it another go.   Bachelder’s new book, organized as a daybook or journal written by a college prof on summer break is intimate and inward-looking, a more concentrated and sometimes oblique display of his deadpan humor.  It relies on chronology, in this case months anticipating his wife’s second pregnancy and white space to heighten Professor Abbot’s slow, urgent and inevitable reconciling of what passes for daily life with his own edgy, nebbishy, self-deprecating let’s call it joyful fatalism.  Special days allow for, demand, special consideration.  Here’s one entire chapter, “Abbot Celebrates the Birth of His Nation.

Abbot knows what’s going on out there.  Blankets on lawns, scared birds circling the dark, the smell of burnt meat, sulfur.  Somewhere a minivan in neutral is gliding silently toward the pond.  Abbott is unpatriotic, unwashed.  He pours another drink, kills a mosquito, sedates his dog with laced cheddar.  He can hear, in the distance, the Sousa and bottle rockets.  He reads Billy Budd, Sailor for the first time in seventeen years.  He had forgotten how sad it is, or more likely he had never quite known. 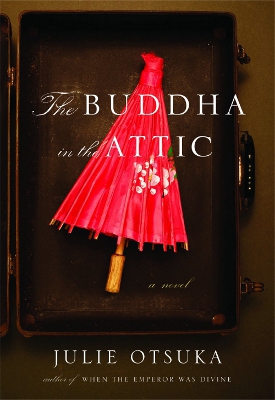 Julie Otsuka, The Buddha in the Attic

This book relies on a remarkably counterintuitive premise, quietly challenging the anticipated telling of what might be a potentially epic story of Japanese women brought as brides to the U.S.  You can almost feel the heft of, god help you, a “historical novel” version of this story, maps and family trees printed on the inside cover.  Sorry, but this reader is almost never up for that kind of project.  This novel manages to explain and explore all that the ox-stunner might.  Otsuka tells the stories of hundreds of women in their collective voice, covering an entire generation.  Its ambitions are to illuminate and personify not just history, but an idea about it and how to tell it, to take apart a trope, to undermine and to reinvigorate in prose that is spare yet emotionally, desperately, overwhelmingly rich.  The Buddha does for its characters what Doctorow did for his in Ragtime, reconnecting them to their times, connecting them to our moment.  And still it is readable, remarkably, in one sitting.  Widely reviewed, and recently named a notable book by the New York Times, Otsuka hardly needs kudos from the likes of me, except that few reviews take note of this feature of a short novel which so rewards readers for their modest commitment by insisting on something bigger.